Citations and references can be created by adding relatedIdentifiers to DataCite DOI metadata. Each relatedIdentifier has a required relationType attribute which is used to denote the type of relationship.

You can add citations and references to DOI metadata when you create the DOI initially and with subsequent updates to the metadata.

What is the difference between a citation and a reference?

Citations are incoming pointers to a given research output.

References are outgoing pointers to other research outputs.

Citations for a DOI (“A”) from another DOI (“B”) can be generated using these relationTypes:

References from a DOI (“A”) to another DOI (“B”) can be generated using these relationTypes:

This table summarize the six relationTypes used for citations and references:

Dataset is cited by journal article

A dataset has a DataCite DOI. After a journal article has cited this dataset, the repository hosting the data wants to update the DOI metadata to reflect this.

In this scenario, the dataset is cited by (IsCitedBy) the article (10.5438/ExampleArticle). The data repository adds the following relatedIdentifier:

Alternatively, the repository could use the relationType IsReferencedBy or IsSupplementTo. Any of these relationTypes will count as one citation for the dataset.

A dataset has a DataCite DOI. The researcher has provided a README file to the data repository. This README file has a list of references for the dataset, including a paper published several years prior describing the data collection protocol that was applied.

In this scenario, the dataset references the earlier data collection protocol paper. The data repository includes the following relatedIdentifier:

Alternatively, the repository could use the relationType Cites or IsSupplementedBy.

A preprint has a DataCite DOI. The author has provided a list of references for the preprint, including a link to their dataset in a different repository.

In this scenario, the preprint cites the data. The preprint repository includes the following relatedIdentifier:

Alternatively, the repository could use the relationType References or IsSupplementedBy.

How do I choose between the different relationTypes for citations and references?

The three relationTypes used for citations—IsCitedBy, IsReferencedBy, and IsSupplementTo—are all processed the same way by DataCite Event Data. Repositories can choose any of the three types that best suits their use case. 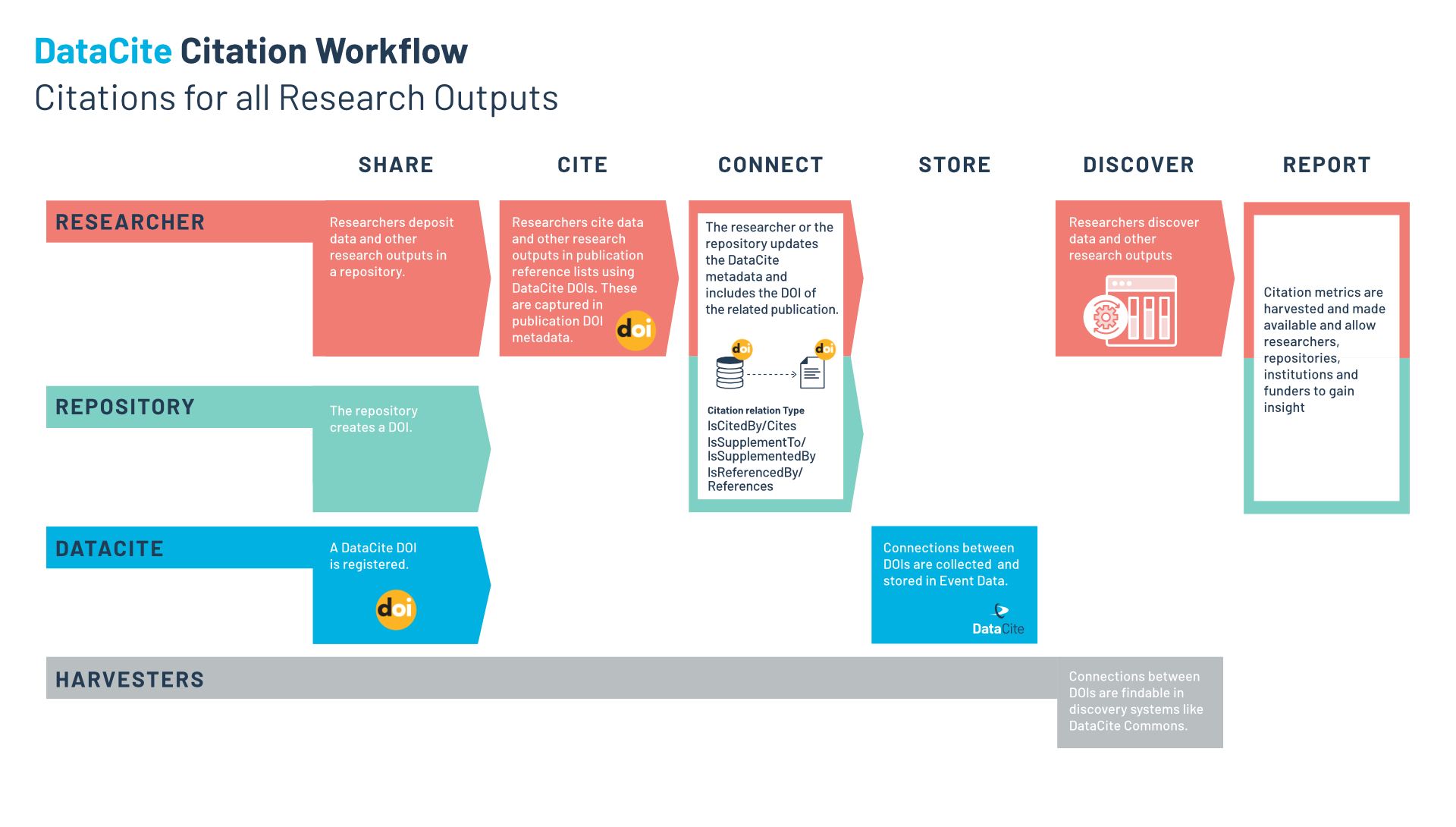