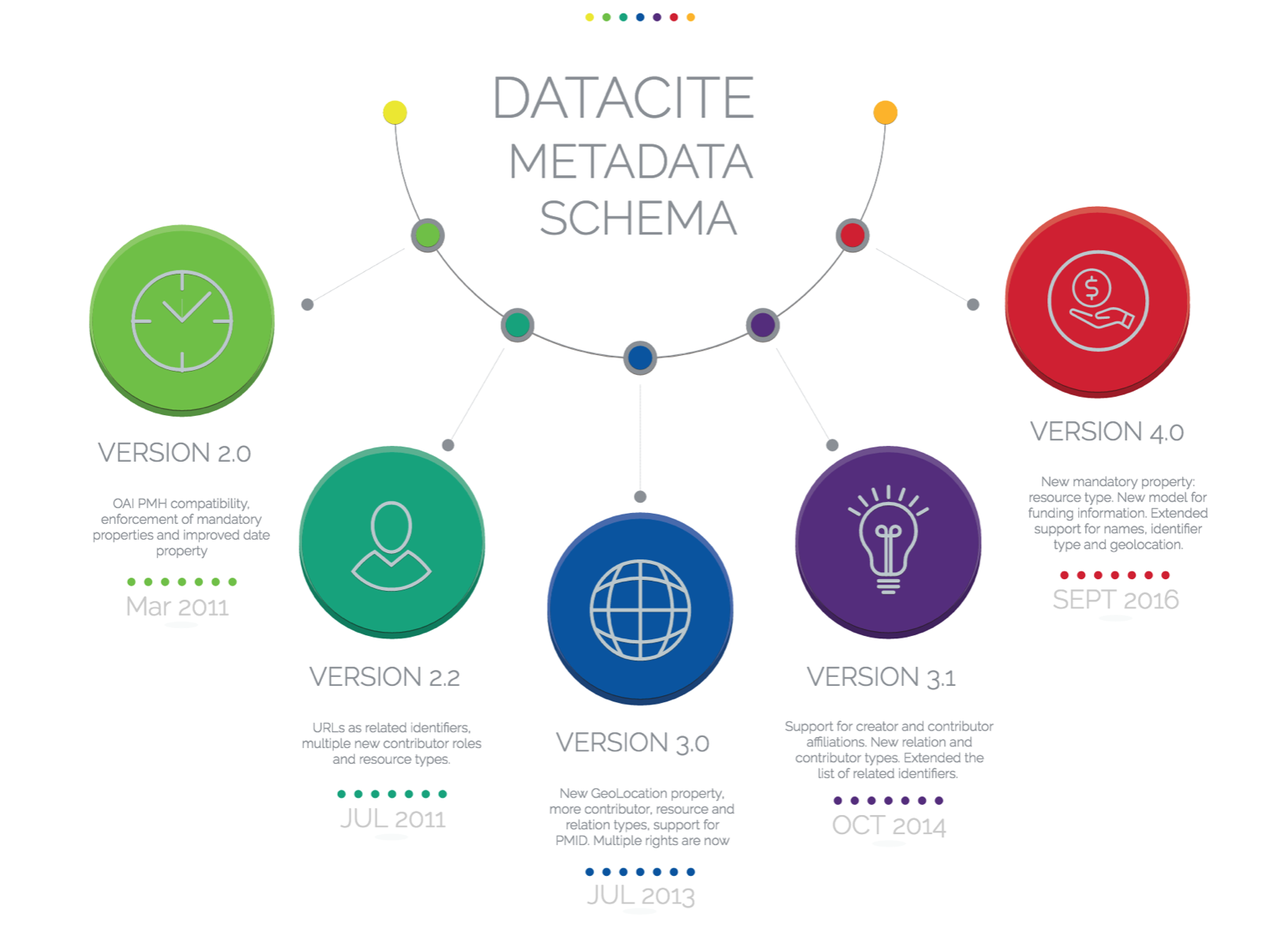 Beginning 1 January 2019, it will no longer be possible to register new DOIs using either DataCite Metadata Schema 2.1 or 2.2.

To register DOIs using a more recent version of the Schema, it is necessary to update the namespace submitted as part of the metadata, e.g. xmlns="http://datacite.org/schema/kernel-4".

Please review the documentation for your selected replacement Schema version to learn more about the available metadata requirements and options. In particular, please note that resourceTypeGeneral is a required field as of Schema 4.0.

The version number is formatted as: Major.Minor

If you have any questions, requests or ideas please contact us!

Updated over 2 years ago